Uruguay, a global success case in controlling the pandemic, uses Inswitch fintech as a service platform to digitize subsidies 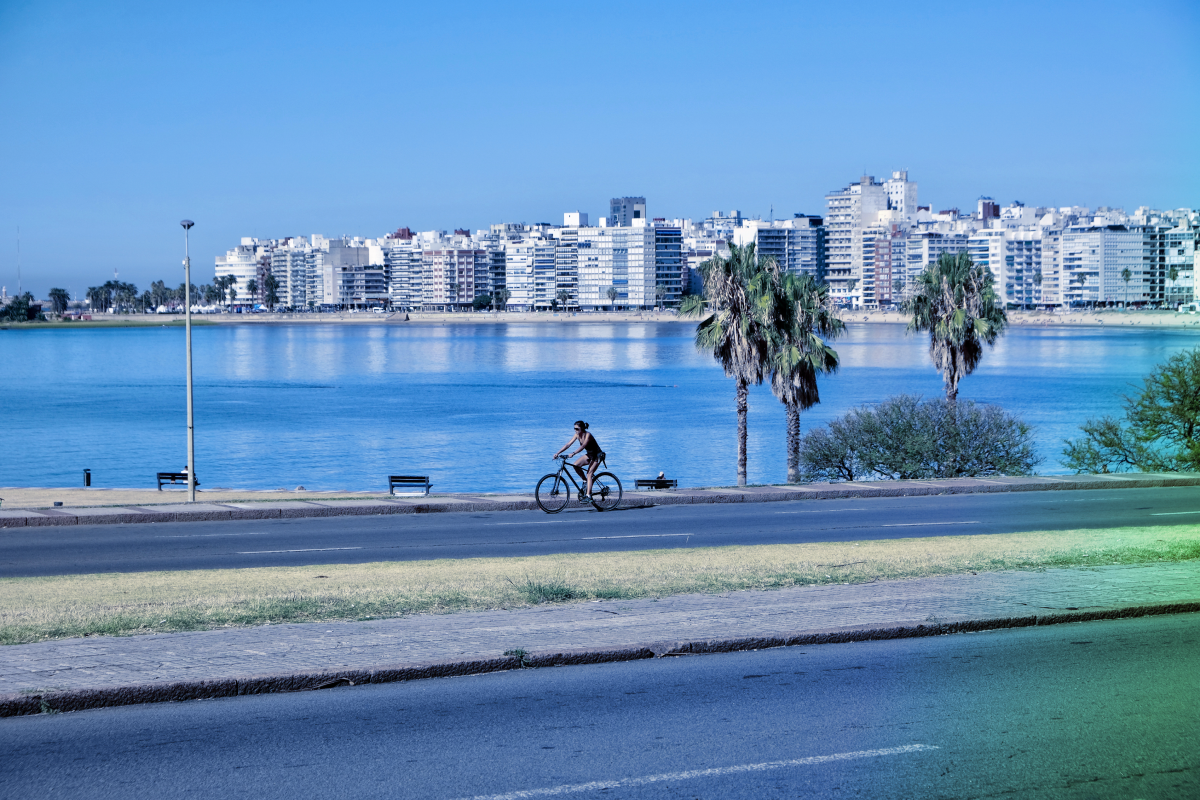 The COVID-19 pandemic has transformed the activities and daily habits of society worldwide. The measures adopted by governments, like social distancing and lockdown, contribute to curbing the spread of the virus but at the same time generate a slowdown in the economy,  particularly affecting the most vulnerable sectors.

This situation has shown the need to have digital tools in governments and companies, which allow the continuity of productive activities in order to minimize the healthcare crisis and its effects on the economy.

How to distribute money contactlessly, contributing to the continuity of the economy

In this context, governments have had to distribute social and economic aid to immediately serve the most affected population. For such purposes, it is essential to be able to deliver the funds in an easily accessible and contactless way, in order to maintain social distancing.

Even more so considering that the target population is mostly unbanked, so it does not have other financial possibilities. Thus, a double challenge arises: distributing social assistance and adapting the form of payment of stores and businesses (physical distribution channels), as they typically only accept cash.

Likewise, new challenges have arisen in connection with payroll payments, incentives delivery, settlement of commissions, and any other activity carried out in cash by businesses or other actors of the economy.

In addition to the distribution of funds digitally, it is necessary to create a national network that makes consumption and the use of said electronic funds possible.

A robust digital fintech solution, easily accessible “as a Service”

The challenge of providing digital tools for payments/transfers and their use in an extended network of stores, is being addressed by Inswitch with its “as a service” platform for wallet and massive payments.

It is a tool that transforms any user device into a wallet from which they can perform different digital financial operations.

With this “as a service” platform for wallet and massive payments, governments can have a remote funds distribution system, using a digital wallet with the highest security and control standards. Our platform also facilitates payroll payments for companies, especially regarding unbanked employees, who can access their salaries immediately.

From the users’ point of view, they have an online wallet to carry out a wide range of transactions, such as purchases in stores, transfers, payment of bills, prepaid accounts top-ups, shared payments and  those related to transport, among others.

Digital onboarding allows merchants to register online and in real time, and accept new payments with high KYC standards. Likewise, the possibility of self-registration for both users and businesses, enhances the experience with simplicity, convenience and speed.

The ease of settlement and reconciliation processes offered to governments allows for an efficient management of transfers, from the costs, conciliation and control perspectives.

Inswitch is a complete end-to-end solution, available in the cloud and based on microservices, which can be easily and simply implemented, selecting those functionalities that best suit the needs of the client (companies or governments).

The array of benefits that the Inswitch platform offers for money distribution is vast: payroll payments, business computations, integration with small and medium-sized companies and with alternative payment methods such as banks, credit cards, transfers; also payment to freelancers within the Gig Economies.

Inswitch's as a service platform for wallet and massive payments, a key to the Uruguayan worldwide success to digitize subsidies amid the pandemic

Within the framework of the pandemic, different governments have been able to provide economic aid to the population with its “as a service platform for wallet and massive payments.

The Uruguayan case (where our Development and Support Center is located) is paradigmatic, as the country has been praised by the international press and authorities as one of the fastest at flattening the contagion curve and one of the best at managing the economic effects of the pandemic.

When the virus arrived in Uruguay, Inswitch speedily adapted its payments platform and, in just a few days, it was available for the Government to deliver digital subsidies to those who needed it, currently reaching almost 20% of the national population.

‍“Our countries and the world have faced an extraordinary challenge this year with COVID-19, and Uruguay has shown great leadership managing the pandemic, serving as a model in the region” - Mike Pompeo, US Secretary of State.

It is important to highlight that digital subsidies can be set up, from the Inswitch platform, to be used exclusively for certain purposes, such as the acquisition of basic necessities and the payment of essential services (electricity, water, gas and others).

The level of digital and financial sophistication and the extraordinary speed-to-market of the “as a service” platform for wallet and massive payment, are based on the solid experience generated during more than 18 years in 40 countries of the region.

Inswitch was the tech behind the first mobile wallet launched in Latin America in 2008 and, ever since then, it has been used by governments, banks, retailers, telcos and corporations due to its stability, operational excellence and high security standards, to provide financial services with on a white label bases and with an “all-in-one” approach, which has demonstrated to successfully adapt to any scenario.

To add the “as a service” platform for wallet and massive payments to any organization or company, you just have to contact us. We can help you provide financial services to your own members/clients and be part of the digital transformation of the economy worldwide. 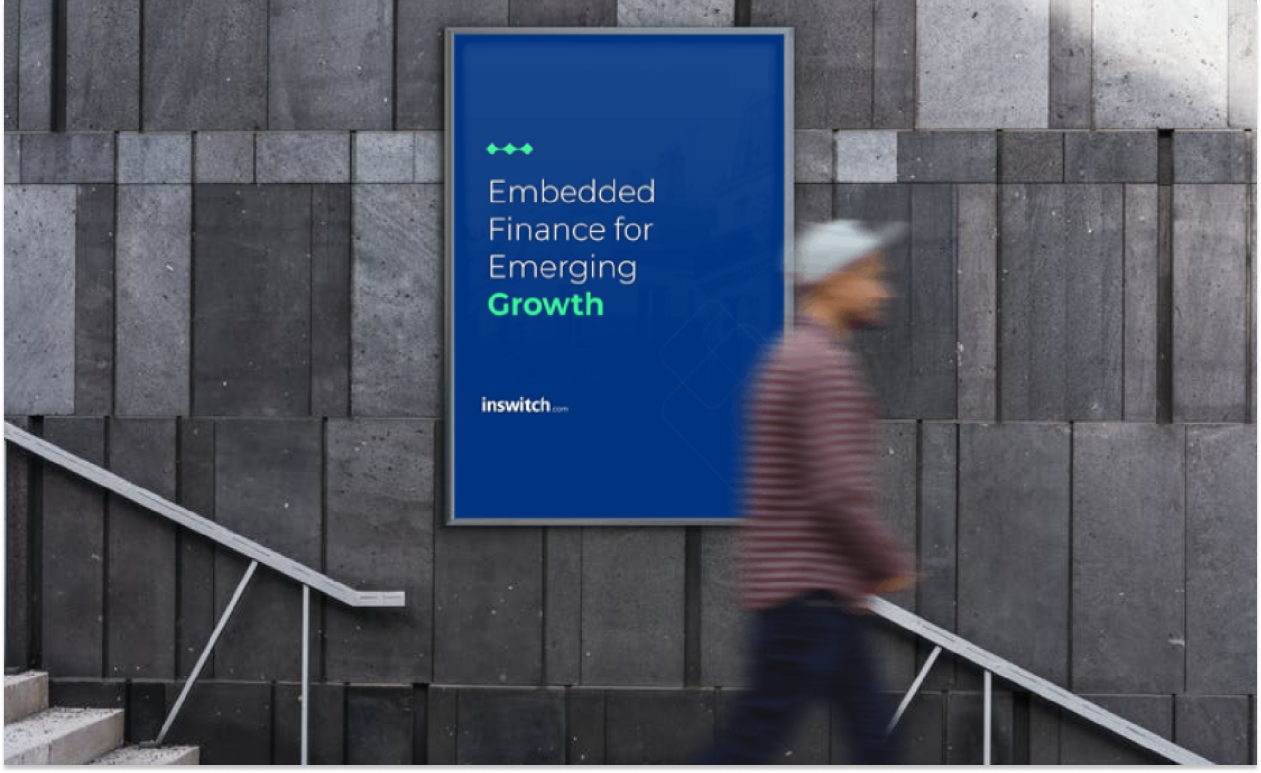 With the increasing adoption of embedded finance, more and more companies in the world look to increase their capabilities in new markets for their financial transactions. 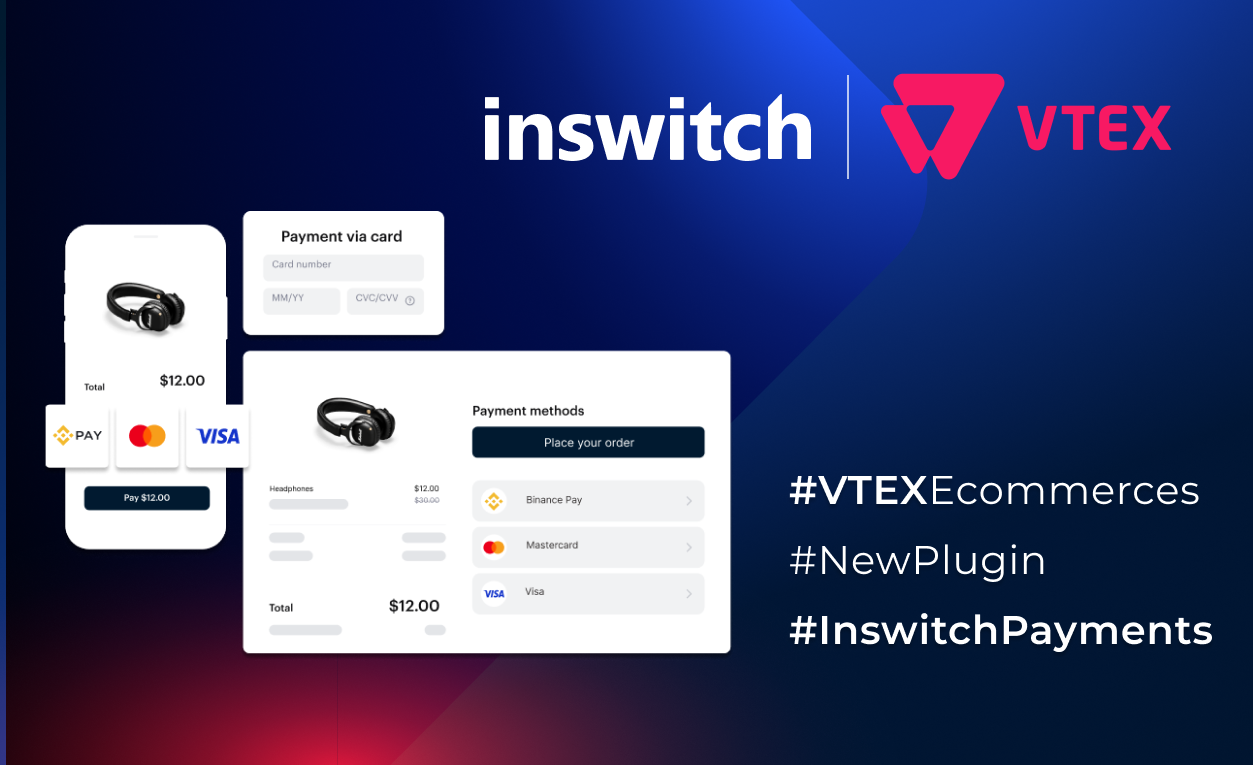 Inswitch partners with VTEX and expands the payments offer for over 3,200 companies.

The alliance has the objective of promoting and expanding the offer of payment methods for businesses that use VTEX. 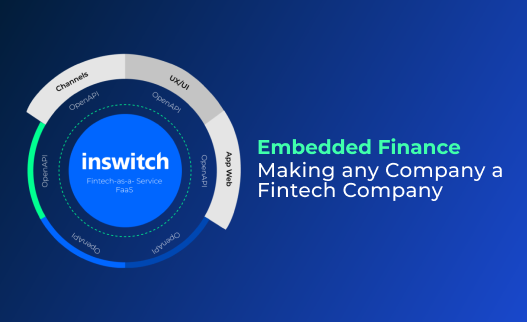 Through Inswitch technology, companies from different kinds of industries can deploy digital financial services with a quick solution...